You are here: Home / Archives for setup communication with VAs 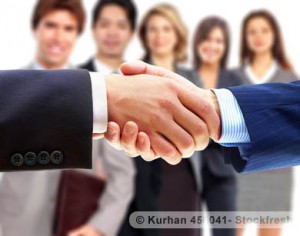 Virtual assistant communication is part-1 of an interview with Eric, a fellow entrepreneur interested in outsourcing his work to virtual assistants all over the world.

One of the things that I was looking at was when you said how you effectively communicate with your assistant.

And, that was something at first I had a little bit of trouble with trying to find a good way to be able to get all of my ideas across to the assistant. And kind of get them on the same page as me and everything.  I don’t know if I’m jumping the gun or whatever here but that was one of the things that I saw when I was trying to get optimal.

Yeah. This is something I really like to talk about as a subject because I think the communication between the assistant and employer makes or breaks your business.

Yeah. What I was thinking is that it wasn’t really a language barrier. Because, when I was going in, I thought that I was going to have a lot of issues communicating with someone from the Philippines.

And, I never really noticed that very much. Their English is really good. It was almost just as good as any native speaker that I’ve ever come in contact with.

So, I never really noticed any language barriers. But, as far as I am trying to get them to understand exactly what I was trying to have them do; that’s where some of the difficulties came in.

You know what I’m saying? I have to explain things 1, 2, 3 or 4 times so that they would actually know exactly what it was that I needed them to do.

And a lot of times, I’m just typing it on a Word document or PDF but it wasn’t sufficient enough to make them understand.

The first thing I’ve tried to do was to make screen capture videos and I would upload those to YouTube and try to have them watch those. But, the problem with that was, after sending them the videos and say, I’ve uploaded that at (4 o’clock) my time–it was in the middle of the night for them.

Then, I would let them watch it. And, if there are questions, then, they would have to send it to me and it would be in the middle of the night for me.

So, that would leave us an entire day where they weren’t able to work on it because they were asking questions. And, then, I would send them an answer.

And, if they had any other questions, it would really cause the process to take a long period of time, to really expand and it makes things take a whole lot longer.

The questions going back and forth in the different time zones and everything like that would really cause a lot of problems. You know what I’m saying?

Yes, I do. So, at first, this prerequisite on some of your business aspects are time sensitive.

Do you have some things like, for example, customer relationships? Like someone having a problem – a customer writing. And, then, you have to react fast because else the customer will get angry. Has something like that been an incident? So, that’s the case for you?

Well, it wasn’t necessarily something like a customer. But, it was just something that you can say you wanted a research done for something that I wanted to work on the next day.

I wanted them to do the research so that It could be ready when I woke up the next morning, something that I could start working on.

Well, I couldn’t start working on it because they were like, “Well, I had a question about this or how do I find the backlinks to that site? What programs should I use or how do I look it up in the software?” You know what I’m saying?

So, there were just these differences on technical things. After they understood what they were supposed to do, they could continue doing it without any problems, but the initial set up in getting them familiar with the process was the first struggle that I faced.

So, from my experience of working with my main long term assistant, it does take a while until it gets into this magical overnight mode.

So, if it’s improving perfectly, then you can give your task to your assistant. And, it’s an advantage that we have a different time zone.  While you sleep, they work.

And, then you will get the result the next day fresh in the morning. So, that’s like the magical perfection.

Actually, one of my proposed ideas when I tried to come up with a domain name for my site was “Others Work, You Sleep”. I found this funny but it was too long. So, I stayed with Ideal-Helper. But, it’s truly something great when you reach it.

At the moment you haven’t had that frequent communication yet and there’s not the trust-work-relationship set up yet.

Right. And, especially if it’s a new task, if it’s something that they’ve never done before; it’s hard to – at first, you kind of expect them to be able to do everything. That this one virtual assistant can do everything and anything under the sun when really it’s better to hire different people to do different roles rather than having one person trying to do every single job and every single task for you.