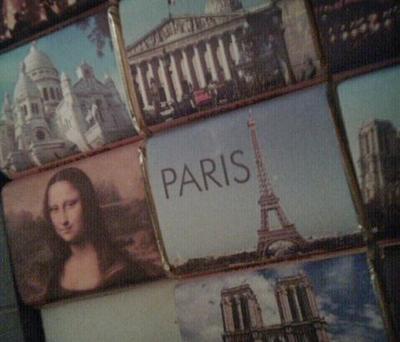 Postcard from my last visit to Paris

Last summer, I made a quick visit of a week to Paris to visit some friends and have a good time. Also, you might be wondering why I’m talking about my vacation in Paris when this site is all about virtual assistants.

In fact, the ideas behind the whole website “Ideal-Helper” have been born in my vacation in Paris.

Especially on how I experienced the relatively high cost of living in Paris (France) compared to the cost of living in Munich (Germany). This inspired me to talk about how different countries have extremely high differences in living costs. That is what makes outsourcing possible – this difference in income level and how much stuff costs.

How Beer Is Shockingly Expensive in Paris 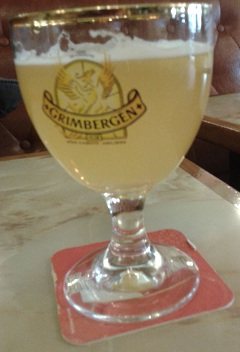 Tired from my long train ride to Paris, I decided to go to a local bar and enjoy some of the local beers before I had the opportunity to check-in to my guest room.

I was both shocked and sarcastically amused about how expensive the beer in Paris is.

To give you an orientation, for a quarter of a liter of beer expect to pay 5€ which is about $6.5.

That’s about double or even more than double of what you would pay in Munich. And Munich, you have to know, is one of the more expensive cities in Germany.

So it won’t surprise you that I passed 4 hours slowly nibbling on two beers while reading a book.

I was not only drinking two beers in that bar at that time. In fact, I had an extremely lively discussion with a very close friend of mine about the ethics of outsourcing.

The discussion was so intense that I actually thought about not realizing the website.

It was only after I took after a few days of heavy thinking and a very long and honest discussion with my virtual assistant that I decided to go for it.”

How Shopping for Food Is Surprisingly Expensive 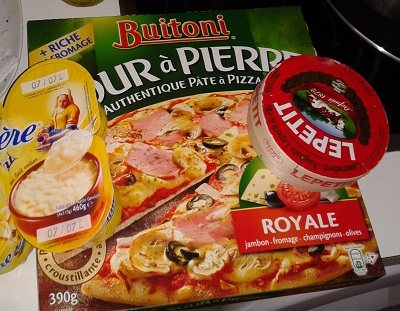 It’s not only the bars that have really high prices, prices in Paris are high everywhere. If you go shopping and buy:

Don’t be surprised if you come out with easily 14 Euros of final costs.

In fact, I jokingly called my girlfriend right after I made this purchase. I sent her a photo of what I bought and challenged her to estimate how much it did cost. She estimated half of the price. 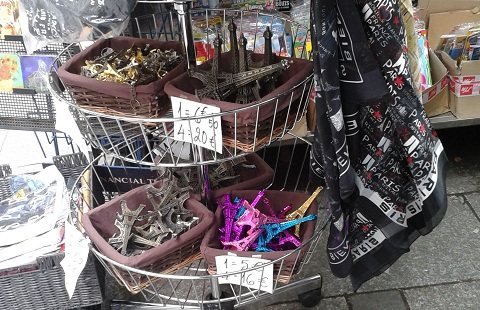 You know how this goes, you go to a foreign city; you are 100% in “tourist-mode” and so you buy the most expensive useless tourist souvenirs next to the most possibly expensive place in the whole city. In this case, right next to the Eiffel Tower.

Check out the picture and see how much a shrill pink Eiffel Tower really is worth. Well if it authentically comes from Paris, you will at least earn the jealousy of all your friends. But normally, you wouldn’t buy that stuff.

Check the price tag on the picture to see how much you’ll pay for that. You won’t find any of those little statues in the home of a normal guy or girl in Paris.

One day on my vacation, I went to many museums and saw a lot of stuff. After a few hours, we were all hungry and thirsty and decided that we would be really, really be smart. Yeah, right!

The thinking was sound though. We decided not to go eat out right in the Champs-Élisées but to travel a few stations further in order to find some cheaper food.

We went to this other train station near “Oberkampf” and tried to find a place to eat out there. Unfortunately, it was a Sunday. It was probably the highest priced area in Paris next to the Champs-Élisées or the surroundings of the Eiffel Tower. 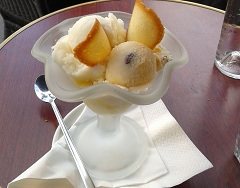 We were out of luck. In fact, we found more stores open selling fur or diamonds than we found stores selling water or food. At one corner, we discovered one last cafe that was open. There we got tricked at least once.

I chose to spend the least possible money on a refreshment-food. I chose an ice cream for only $5. As I was about to take it out, they suggested they could take it out to my place for me; which as I was eating it on the place increased its price to 8 Euros. You can imagine I was pretty pissed. 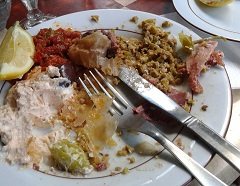 We even ate up all their free bread that was served together with salad sauce and salt. It was borderline pathetic but we had some fun. The food was great though. Only simply, just, way too expensive.

If You Haven’t Been In Paris, Stop what you’re doing and Go There Immediately

You might be somehow disgruntled about going to Paris after reading this article. But I’m highly sarcastic. I was there repeatedly and I will go there again. Just don’t forget to fill your purse a little bit more than the usual. 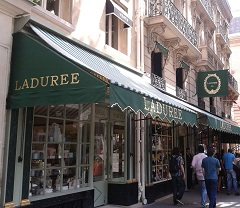 It’s not called the city of love for no reason. It is great to go there and one should be going there once in their life if they have the opportunity.

Phew! A long blog post nears its end. If you had read so far, I’m sure you have had your own thoughts about Paris. Perhaps you have even gone there. What do you have to say about Paris? Did you ever find encounter?

If you have a question, rant or comment to add please do it on the comments below.