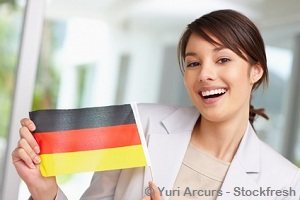 I have outsourced numerous jobs to Asian, African and American countries, but as an employer I am based in Germany. So, I am pretty well positioned to illustrate how outsourcing is viewed from the point of view of German business ethics.

Here are the most important positive aspects of German business mindsets that you will have to know about.

Click here to read about the negative aspects of German work ethics.

One of the highest praised traits in German business ethics is the ability to have personal integrity and to be loyal to your associates. Backstabbing someone, lying or corruption are not well received from the average German.

That is not to say that corruption doesn’t exist.

But compared to levels of some South American countries, it is probably much lower.

In order to impress a German employer as an outsourcing freelancer, it is of central importance that you show him:

A lack of integrity will be a certain reason for him to fire you.

The cliché is true that Germans love their work and that being employed and working hard are core principles in the self-confidence of a German person.

The importance of seniority

It is common in German businesses to be promoted after a certain amount of years to a certain position. If you are not advancing at a certain rate per year, people will ask starting questions.

What does it mean for an outsourcing provider?

Even if you perform great, it is not intuitive from the point of view of German business ethics to be promoted within a short amount of time. This is where patience is needed in the short-timed world of internet businesses.

It is best to stick with one German employer for a longer amount of time than trying to run up the ladder to a higher position in the shortest amount of time possible.

Try showing your employer your skills and loyalty, integrity and hard work on a long term basis. He will be impressed.

By specializing in certain tasks, it is more likely that the worker keeps his job because he knows it better than anyone. This is a consequence of the German business ethics principle of “safety comes first”.

As a freelancer, try to get hired as a specialist for a specific position. If you have shown that you can do this, step-by-step carve out your responsibility zone.

Don’t try to do everything at once from the start.

The importance of time 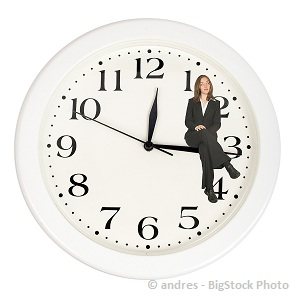 Germans love to be punctual. I am not an exception.

They expect punctuality from other people, even if they come from other countries. This can result in some pretty comical scenes if you experience e.g. waiting for hours to days in an African country for a bus where in Germany you would get inpatient if it has five minutes delay.

To adapt to German business ethics as a freelancer, it is best to take time requirements very literally. If a German outsourcing employer says “Three days” then he will mean “three times twenty-four hours.”

The best course of action as a freelancer is to be

You cannot overdo it in this domain.

Germany is a pretty rich country compared to most Asian countries, where freelancing is popular.

You are extremely unlikely to die of hunger or thirst anywhere in Germany, even without having a job.

There are high social security laws; therefore most Germans are not “aware” of the seriousness of the poverty for example in some Asian or African countries. They intellectually know about it, but it is not very plastic before their eyes.

It won’t be very easy to convince a German employer that someone can actually live from an hourly rate of $1 to $2 per hour. If more Germans would know about that fact, then I believe many more people would turn to outsourcing.

On the other hand, a core German business ethics principle is to be economical at all time. Some would go as far as to say that many Germans are stingy.

Although you could be doing pretty well as a freelancer, doing outsourced work for a German employer, it will take some negotiation skills to get a share of the wealth of your German employer.

That in a sense is summing up all the core principles of German business ethics.

I cannot talk about all the people from my country. I can only share what my personal opinion and observations are.

If you live in this country, you will need to admit that many of my points are true. Some of them might be slightly exaggerated, but not all of them.

And of course there are people and individuals everywhere who are very well-balanced, highly international and not stereotypical at all.

Still, stereotypes exist for a reason.