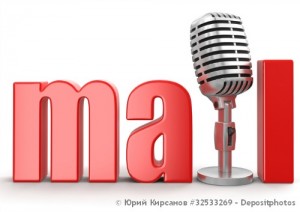 So, recording your video and dropping it in your Dropbox and not waiting until it’s just synchronized just going away as your computer does the work; that saves some time.

Trying to have the questions at once and pre-answered will somehow save the time. But, what else could we talk about to make the communication with your assistant more effective?

I think the thing is that one of the main difficulties for me was being able to communicate with them even though the time zones were completely different. Because I think that in the Philippines and the United States, I think it was around a 12 hours time difference.

Okay. Funny, I have had the experience with both my main assistant and with my last candidate for full time VA. Both of them are sort of night owls. They can work pretty late into the night especially the assistant from the Philippines.

I’ve asked her if she couldn’t just switch to 9-5 job because I felt bad for her. She was working like 5 in the morning. I was feeling really bad. I said, “Okay, please go to sleep now.” And she was, “No, no. I like this and I’m feeling more productive at night and it’s less hot. And the internet has better quality.”

Especially, in the Philippines, I think it would be a good option to ask if she can slightly adjust to your schedule. So not like 12 hours but perhaps stay up a little bit later, in general, one of you. I think that would have been an option.

Well, and I think too, I mean, there were some times where I would say, will it be possible to meet at 8 o’clock?

It will be 8 o’clock at night for me and 8 o’clock in the morning for her. And that usually wasn’t much of a problem because it’s not super late for me but it’s not also too early for her. Or even 10 o’clock or 11 o’clock, you know what I mean?

I think that’s not very much of a problem. It’s just being able to communicate at the same time

You know what I’m saying, it’s important to find time to sit down and talk about things and to show her certain things that I wanted done.

Okay. One idea that comes to my mind is – but I never tried this to be honest – to ask your virtual assistant to create screen recordings with her questions.

So, because you’re using voice recordings or screen recordings, you are able to convey much more information than with emails. Even emails with screenshots are more effective than emails.

Because sometimes you cannot put in words what your problem is. For example, if the assistant has to do a quite complicated process and you don’t know really where she’s stuck at and she isn’t able to convey this very effectively, then there’s a lot of going back and forth questions.

It would make sense to say, “Okay, please go to task. Start recording a 5 minute video and talk–explaining what you’re doing as you do in 5 minutes.”

Click around and then you look at it critically when you have the video.  For example, if you cannot go online on Skype.

That was one of the things that I might actually do. As they come across something, they would send me screenshot of the area they were struggling with.

So that I could see exactly what it was that they had a problem with? Then it made it a whole lot easier for me when I was trying to explain to them what they need to fix.

So, I could say okay, “You know that short cut won’t work, try using this shortcut or you need to try to do this, because I can then see exactly what’s on our screen.”

Okay. Yeah, I think that’s effective. Because, then, you don’t have to guess what the problem is.

Sometimes as they go, you just want to stop them. If you had a phone call, you would just stop them and say “No, no, don’t do it.” But the video is then the next best solution.