You are here: Home / Interviews / What To Look For In A Virtual Assistant – Start Of An Interview 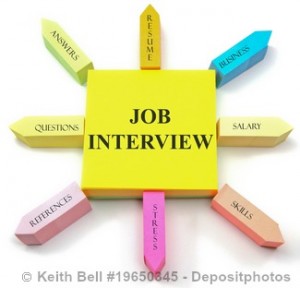 What to look for in a virtual assistant is part-1 of the second interview from Stefan from Germany, who lives the Four Hour Work Week lifestyle in Thailand.

Hello, Stefan. We already talked about this subject and here are my thoughts about how to create confidence in a freshly hired assistant so that later on he can work with self motivated drive for you and what to look for in a virtual assistant at the first glance. That’s where we want to go, right?

Okay. In principle, it’s important at the beginning of the working relationship that your employer has no fear from you and has the room to grow self confidence in his work. If he’s afraid of being fired all the time or something then it’s difficult.

What’s also very important at the starting of a new working relationship is to figure out how big are the cultural barriers. Are there some? Where are they? How can you overcome them?

In my opinion, there’s not much of a short catch around this first trust building stage. It needs regular communication from both sides and the rough approach of “Do this work or I will fire you” often does not work in my opinion.

Yeah. I have experienced that when I’m trying to find someone who’s doing a good work. In the beginning, the promise is so very high.

You have a job and the employee, most of the time tells you right away that he can do this or that. And he will, in the beginning, most likely not say that he can’t do something.

Yes. I understand that but this goes on for awhile. In my experience too long and often the whole working relationship is built along that.

But the promises are very high and the delivery is very low. And because they don’t want to get fired, as you said, they’d rather say that they can do it or they need more time or whatever.

They will come up with excuses, right?

With excuses instead of admitting that they are somewhere or that they’re not able to do it or whatever.

In my opinion, this trust building goes both ways. You added that even before the virtual assistant should have the room to work and build his own confidence; he must give the employer (so us) the confidence in his work.

So if within the first few days a virtual assistant does not deliver at all, I would be extremely careful. I would immediately let him stop working and first figure out where’s the problem.

If the problem is clearly something that he does not have the ability or the programs or anything so that he cannot do the work and that he lied to me then I would have to end the working relationship. Or, figure out a way to train him so that he still can work for me depending on the situation.

If there has been some dishonesty going on at the beginning of the working relationship from the side of the virtual assistant and, in my opinion, this happened to me personally not so often because I’m very thorough in the interview process. But if it still happens then you have to take your consequences.

In general, there are many virtual assistants out there and many of them are highly motivated and capable people. You do not need to work with people who don’t have good working ethics.

There are many other people which have good working ethics which you can find instead. So before it gets expensive and time consuming, it’s better to end a bad start than to continue and try to fix it.

Yeah but the problem is that in the beginning it’s often a good start. Then you have the impression that your worker does understand the job, has the skills and he gives you feedback.

He talks with you about the job and you are coming to a conclusion together. You’ve given him job. You tell him what he has to do in the next three days and the next week. And often, he delivers the first week whatever you wanted from him.

In my case, I don’t want my worker to deliver the job. I tell him the job and he delivers the end product.

That’s how I work. I give him a part like a partial goal first.

Like the job is, for example, 3 weeks. I have estimated 3 weeks to finish it and I break it down to 3 parts, for example.

I think the tactics of using milestones is very effective.

So, for example, I have a job 3 weeks. I’ll tell him after I hire him, because we had a good interview, I had the impression that you understand what we’re talking about. He could do the work and he assured me he could do the work. I give him his first milestone.

At the end of the week, he comes back to me with finished part of the job. It’s done but it’s not as I had imagined which is okay because we can work that out.

We can rearrange stuff and then finish it so that it’s perfect. But there the problem starts. Because most of the time after that he lacks the work ethic, most of the people.

If I’m not happy with the first milestone which most of the time I will never be happy because we just started working together; he will start taking longer and longer for easier parts of the job.

In other words, his efficiency drops with the time that he provides.