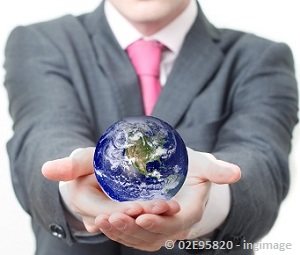 How I define outsourcing when someone never has heard of the concept:

When I tell my friends that I have a website about real-life experiences of outsourcing to virtual assistants, many people don’t know what I am talking about.

My Definition of Outsourcing

“Sending simple and repetitive work that you’d rather not do in order to focus on more important tasks to a temporal coworker over the internet.”

Often, the coworker (virtual assistant) is based in countries where the cost of living is lower.

The coworker must be willing to do the work for you.

If you want to keep a good conscience while outsourcing, this also means

“Outsourcing is the process of contracting an existing business process which an organization previously performed internally to an independent organization, where the process is purchased as a service. (…)

An outsourcing deal may also involve transfer of the employees involved to the outsourcing business partner.”

What doesn’t, for us, fall under the definition of outsourcing?

The concept of outsourcing is often connoted very negatively. People associate with it big companies firing perfectly good workers or giving them the choice to work in countries like India or China.

This is offshoring, a similar but different concept.

What also is not (realistic) outsourcing is to think that you can hire someone from Asia – and the rest of your life organizes itself, including you becoming rich overnight.

Wake up: having an assistant on your payroll does also take time.

But you can free up your schedule by outsourcing simple, repetitive and possible boring work. If you define outsourcing as “freeing yourself up from boring and tedious tasks”, then you are well on the way to success.

Since outsourcing and offshoring are different – what is my opinion of big companies doing “outsourcing”?

If I could address big corporations directly, I would tell them this:

Don’t fire the workers you already have. Know that you might lose your secrets to people far away, possible outside the jurisdiction of your country. There is a price to rely on foreign forces too much.