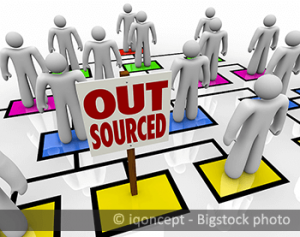 Outsourcing done via the internet started in the USA in the mid-nineties (formally a business strategy since 1989) and was accepted practice in Europe from the early 2000s.

Any task that was not vital for the companies, (especially tedious) work like

The history of outsourcing to India started in the mid-1980s and mainly focused on online services. Outsourcing telecommunication tasks followed in the nineties and lead to many jobs being offshored from the US to India. Billions are invested nowadays into offshoring tasks.

Potential for outsourcing in other countries

India is not the only country well-suited for virtual assistants. Other countries also are more and more a force to be reckoned with. Some, from whom I personally have hired employees over oDesk are:

oDesk was founded 2003 by Odysseas Tsatalos and Stratis Karamanlakis, with the latter living in Greece. They collaborated over the distance “virtually” and developed a system to make this worldwide cooperation possible. Its biggest strength was that all online work was visible and everyone’s effort could be accounted for.

This platform was the base for oDesk, which enjoyed roaring success that still is not stopping, even now.

My Personal History of Outsourcing

Where do I come into play? I’m running this website about outsourcing from personal experience, so I’ll introduce my story.

What can I say? I did not start out very originally. 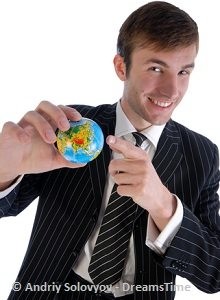 Personal development and all creative to crazy ideas about life have always been alluring to me. No wonder I devoured Ferris’s book in half a day.

Now, I thought I was smart, and quickly jumped to implement the only last chapter of the book: outsourcing. Pretty stupid move, but I would probably do the mistake again.

The previous, priceless lessons about the definition, elimination and automation were just less… sexy in my eyes. What I didn’t know was that I had some ideas from the book already covered from countless lessons about goal setting in the past.

So, I would learn about automation the hard way, by managing numerous projects with freelancers from all around the world.

Well, I stopped watching TV, but I guess this doesn’t cover the lost hours and hours spent on Facebook and the rest of the internet! More seriously…

One of the biggest time wasters I have encountered in the outsourcing world was… the hiring process.

You can eliminate most pitfalls of time-waste if you follow along closely with the information found on this website.

Where did outsourcing lead me?

After some initial time setting up the cooperation with the virtual assistants and getting jobs done since 4 years, I enjoyed, amongst others:

The one place I recommend for outsourcing is oDesk – it’s like an all inclusive package.